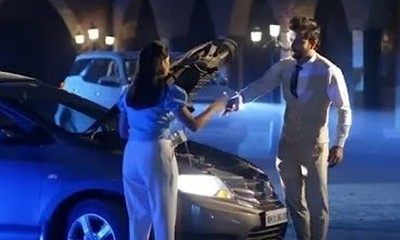 Recently seen how Rishabh gives a lift to Anjali after they leave the office together.

While here Karan and Preeta are having a major clash,

On this side, Anjali is trying her best to get closer to Rishabh.

Anjali is actually playing a mind game with Rishabh as she is trying to seduce him to get intimate with him.

Rishabh to get trapped badly

Poor Rishabh gets badly trapped amid Anjali's game plan when the latter tries seducing him.

Let's see how terrible the next track will be and how Rishabh proves his innocence.