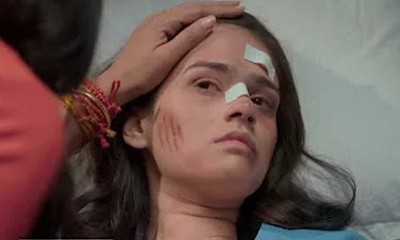 Star Plus popular Hindi TV serial Anupama is all set to see further Anupama’s big decision next in the upcoming storyline.

Earlier it is seen how Anupama and Anuj try their harder to save Dimple from falling victim to but they eventually fail in their attempts.

Now, the story takes a big U-turn when Anupama decides to bring Dimple to the Kapadia Mansion after she is badly shattered.

While Nirmit and Dimple’s marriage is also shaken to the core,

Now Anupama takes the drastic step of announcing Dimple as her second daughter.

Moving on, this major decision of hers will shake the depth of the Shah Family.

Anupama and Anuj to take a big move

So, next in the show, you will see Anupama and Anuj taking the big move to protect Dimple and get justice for her.

However, will everything be easy for them?

Will Dimple be able to fight back the circumstances?

Anupama: Samar to get Dimple out of Nirmit's toxic marriage

Anupama: Samar to get Dimple out of Nirmit's toxic marriage ...