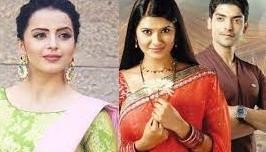 ZEE TV popular serial Punar Vivah is all set to return back with the third installment.

In the first season we saw Gurmeet and Kratika Sengar were the couple where they had to marry each other for the second time.

The auidence were in love with this Jodi and their Punar Vivah where they liked the twists and turn in their life.

Post the show gone off air we saw the thrid installment too where Karan V Grover and Rubina Dilaik were seen in the lead role.

However this show too was liked by the loyal viewers but did not run much on the tv.

Now makers of the show are returning back and this time we see Ishqbaaz fame Shrenu Parikh is locked in the lead role.

Shrenu Parikh was well accepted in her role of Gauri in Ishqbaaz opposite Kunal Jaisingh.

It would be highly interesting to see when the show goes on the floor.