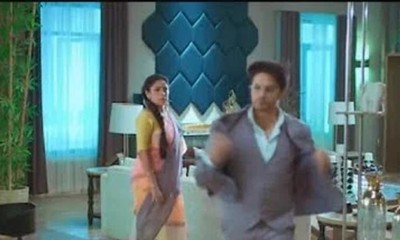 In the daily soap opera Anupama, now you will see a major rift between Anuj and Anupama in the upcoming storyline.

Currently, the story is seeing how Adhik and Pakhi’s dynamics are worsening with every passing day.

Pakhi is torturing Adhik to the limit and this is why the latter is unable to focus on his work.

Adhik gets a big warning from Anuj after the mistake he did.

Thus, when Anupama explains the struggles to Pakhi and tries to make her understand the right things that she needs to do,

Here poor she fails to focus on Anu.

Thus, Anuj gets so frustrated and pissed off with Anupama’s involvement with the Shahs that now he takes a stern move of keeping himself completely away from Shahs.

And now this shocks Anupama to the core.

Now, moving on, the story is going to focus on Anuj and Anupama’s marital relationship.

Wherein Anupama loses Anuj’s trust when she fails to help Anu in her school Christmas celebration,

Let’s see how she convinces Anuj and how she saves her family peace.

Will Shahs role now end from Anuj and Anupama’s life or the latter keep involving them resulting in her and Anuj’s ugly fights?

Anupama: Major confusion between Anuj and Anupama Star Plus...

Anupamaa: Samar lashes out at Leela Star Plus show Anupamaa...

Anupamaa: Anuj gets bankrupt due to Adhik Star Plus show An...