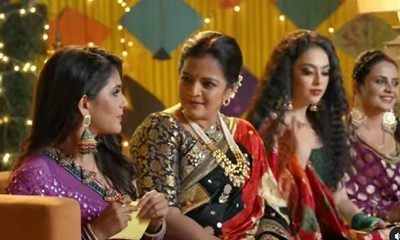 In the daily TV serial Imlie, now a lot is going to spice up for Atharva and Imlie amid Cheeni's pre-wedding rituals.

The prime twist comes up when Devika announces the pre-wedding rituals in the Rana mansion.

Therefore, the function gets super exciting with a game and herein when Cheeni gets Atharva to confess his love,

And now to add more drama, Cheeni now meets Imlie on the terrace and tries to instigate her about Atharva's feelings.

Atharva to change the plan

Interestingly, Cheeni almost succeeds in changing Imlie's mindset for Atharva as she makes her believe that Atharva still has feelings for her.

So, now when Imlie also falls into the trap and begins to misunderstand Atharva,

Here Atharva now marks his entry to change Cheeni's plan and flop it.

Stay tuned to know how Atharva now wins Imlie's trust for once and all.