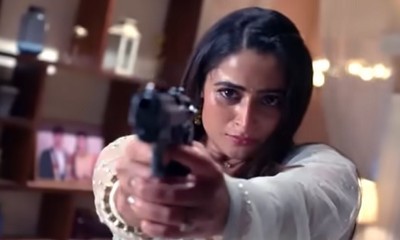 Vinu wins the project competition when Pakhi decides to announce a party.

Therefore, at this party, a huge storm is going to hit the Chavan Family drastically.

Thus, in the next storyline, when Pakhi finally finds out about Vinu’s real identity, she decides to take him away before Virat and Sayi snatch him from her.

However, Sayi is not ready to let this happen and thus she stops Patralekha.

Pakhi is scared of losing Vinu and thus she blackmails Sayi that if she steps forward then she will kill herself.

So, Pakhi surely takes herself on the gun point and attempts to kill herself but when Virat and Sayi try to stop her, herein she actually shoots at Sayi.

Now, let’s see what happens next and if Sayi’s death will only unite Pakhi and Vinu while Sayi will die suffering for her whole life.