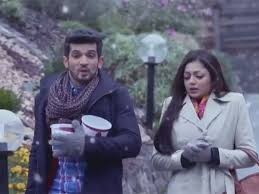 Naina had lost all hope for Amit and was anout to return home when suddenly Raghav started to talk to Naina.

After listening to Raghav's motivational words Naina understood that Naina has to fight back so as to gain Amit's love.

Raghav in a way motivated Naina and is all set for becoming Naina's strength.

Now, it so happnes that in an altogather foriegn land Naina is being helped by Raghav on every step.

This creates a huge twist and turn amid Naina's heart for Raghav.

It would be very interesting to watch as to how would Raghav and Naina's love story progress?