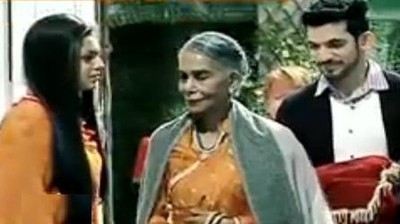 In the upcoming episode there will be lots of high voltage dramatic situations seen amid Veer and Naina in the daily soap.

Dadi get shagun for Naina and Veer's marriage to which Naina cannot reject and thinks to start up a new life with Veer.

Just than Veer gives Naina the contract papers in which it's written that Naina would have no right upon Veer's property even post marriage.

It so happens that Naina gets bumped up into Raghav when Naina is been given the contract papers and when Raghav eyes the papers Raghav too gets shocked and hands over the papers to dadi.

It would be very interesting to watch as to how would Raghav sort out Naina and Veer's differences?

PMHMD: Sanjana to prove Raghav and Naina affair in front of Dadi