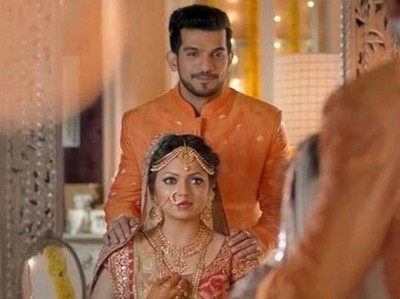 In the upcoming episode there will be lots of high voltage dramatic situations seen amid Raghav and Naina in the daily soap.

Raghav was very much surprised with the fact that dadi was pleading amid Raghav to take Veer's place in the mandap.

After all the wedding ceremony got completed Naina realized that the bridegroom sitting right besides Naina is not Veer but Raghav.

This made Naina mourn in astonishment and Naina started to look out for dadi.

Raghav and Naina's friendship amid stake

Raghav had broken Naina's trust and this made Naina most hurt and Naina even declared that now onwards Naina would not trust Raghav.

It would be very interesting to watch as to how would Raghav ask for appology amid Naina?

Sanjana (Additi Gupta) confesses her crime in front of Dadi ...

PMHMD: Naina shocked to eye Raghav behind the bridegroom clothes