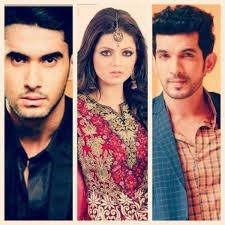 In the upcoming episode there will be lots of high voltage dramatic situations seen amid Veer and Naina in the daily soap.

It so happened that dadi does not have any option left with her than doing Naina's marriage with Raghav at last moment because of Veer eloping away.

Veer than has so much guts also so as to congragulate Naina and Raghav upon wedding completion.

In the upcoming episode there will be lots of tragic situations seen amid Veer and Naina in the ongoing serial.

It would be very interesting to watch as to how would Naina and Raghav make a good compatible pair?