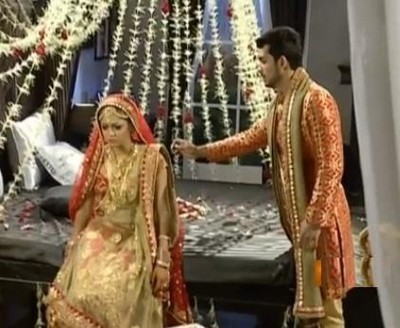 Raghav gets the feeling that Naina is not at all marrying Raghav and that's why Raghav just tries to console Naina.

As Raghav goes on to touch Naina and make her understand Naina sprays perfume amid Raghav's eyes and this hurts Raghav.

Naina is not even ready to understand Raghav's explanation and this is what makes Raghav even more hurt.

Veer happy for Raghav and Naina

In the upcoming episode there will be lots of tragic situations seen amid Raghav and Veer in the ongoing serial.

Veer gets really happy as well as annoyed to eye the perfect match of Naina and Raghav as they both are truely compatible for each other, both being servants of Mehra house.

It would be very interesting to watch as to how would Naina become Raghav's support?