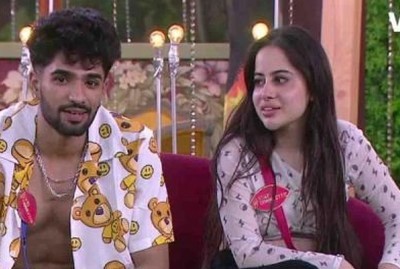 As we know in the premiere episode, Karan gives contestants the idea of 'Stay Connected' where the contestants will have to select a partner to survive the 6 weeks of BB OTT.

Meanwhile, Urfi Javed had selected Zeeshan Khan as her partner in the show.

Divya Agarwal became the last contestant to enter BB OTT house after she could not forge a connection.

As a result, she got nominated for eviction which will take place the next week.

Zeeshan prefer Divya as his connection

Sima Taparia had entered the show and had declared Zeeshan and Urfi as the weakest connection.

However, Zeeshan takes the advantage of the situation when Bigg Boss gives contestants a chance to make Divya Agarwal their connection.

Here, Urfi gets pissed at Zeeshan for ditching her and she gets nominated.

Bigg Boss makes the announcement of Divya being saved and Urfi gets nominated.

Do you think Zeeshan's decision was right?