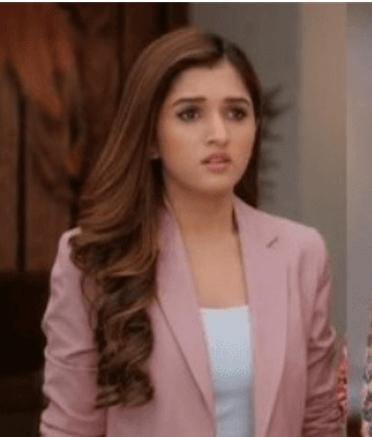 Star Plus popular show Anupama is about to showcase some interesting twists and turns in the life of Kinjal and Toshu.

As we know, Toshu argues with his family and insults his mother Anupama.

On the other hand, Toshu also gets slapped by Vanraj for his behavior against his family.

Besides, Vanraj throws Toshu out of the house and asks him to leave.

Meanwhile, Toshu and Kinjal make their exit from Shah house to their new penthouse.

In the upcoming episode, Kinjal will get into a major fight with her boss.

Kinjal sheds tears as she quits the job after her argument with the boss and reaches home.

Anupama and Vanraj find Kinjal crying and will ask her about the problem.

However, Kinjal will hide the truth from Vanraj and Anupama and will give an excuse of having a fight with Paritosh.

Further, Anupama will learn that Kinjal is lying and she will try to find out the truth.

Anupama (Rupali Ganguly) gets her hand on Property Tax Scam ...

Anupama: Big Twist! Anupama gets loophole to save Business

Anupama: Big Twist! Anupama gets loophole to save Business ...

Anupama: Not Baa and Bapuji but Anupama to mark exit

Anupama (Rupali Ganguly) takes a stiff decision for her Shah...

Anupama: OMG! The crucial end for Vanraj and Anupama

Anupama: Kinjal turns out to be Anupama 2.0 for Shah family

Anupama: Kinjal (Nidhi Shah) turns out to be Anupama (Rupali...

Anupama: Baa declared to be root cause of Shah Family problems

Anupama: Baa (Alpana Buch) declared to be the root cause of ...