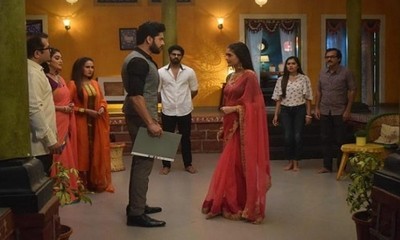 Raghav and Pallavi have a terrible fight and Raghav throws divorce papers at Pallavi which leaves everyone shocked to the core.

While the duos get into a heated argument and Raghav shows his annoyance at Pallav for shifting to Deshmukh house,

In actuality, this divorce fight is just their big fat drama.

Mandar's evil identity is exposed to Pallavi and now she is not ready to bear him for even a second.

While Raghav and Pallavi plan this big fat divorce drama to fool Mandar,

How they will bring his evilness before everyone is worth watching.

Here we have posted the upcoming glimpse from Raghav and Pallavi's divorce fight.