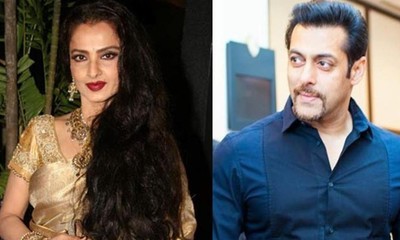 Bollywood's legendary and beautiful actress Rekha will be seen to be a part of Bigg Boss 15.

Soon the show will be aired on Colors tv with Salman Khan hosting the show.

Meanwhile, there is a buzz about Rekha being a part of Bigg Boss 15.

The new promo of BB 15 to be out soon

In the upcoming promo, of Bigg Boss 15 you will get to see Salman going to a jungle where he finds a speaking tree.

Meanwhile, the voiceover of the tree will be non-other than of actress Rekha.

Rekha calls Bigg Boss to show a short clip of our life's crash course which has drama, thrill, action and everything.

Are you excited about the new promo?