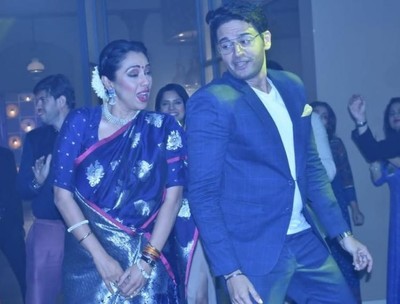 In the upcoming episodes, we will get to see more of Anupama and Anuj Kapadia's stories.

The entry of Anuj has everyone's heart and fans are excited to watch Anuj and Anupama's chemistry.

Fans shared their views on social media about his character in the show.

Netizens are loving the role of Anuj and are expressing their views about Anuj waiting for his love Anupama for so many years.

Fans are in love with the way Anuj looks at Anupama and the way he adores her.

On the other hand, fans are also excited about Vanraj's reaction to Anupama and Anuj's story.

Netizens can't wait to see Anupama and Anuj being together.

We obviously have to give kudos to addictive plotlines, but we’d be lying if it wasn’t the relationships that really pulled us in and captivated our attention.

It’s safe to say that this TV couple is peak goals.

Are you excited to see Anuj and Anupama together?