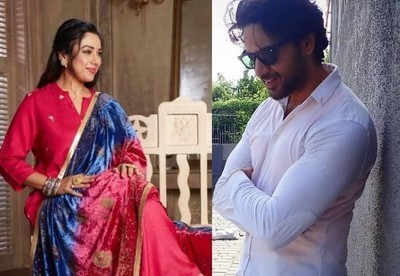 The upcoming story of Star Plus popular serial Anupama is shooting up for a new twist to entertain loyal viewers.

So far we have seen that Anuj has marked his entry in Anupama Vanraj and Kavya's life.

Anuj was the much needed entry in the show to fill fresh breeze of air in the show as well as Anupama's life.

Anuj is so innocent that he still loves Anupama and has once sided love going on till his last breath.

Lucky Anupama to get such a lover but silly Anupama is unaware of the fact that Anuj loves her from their college days.

Anuj to wipe off Anupama's troubles

Anuj is come to get Anupama out of all the troubles but still she treats him just as businessman Anuj Kapadia.

However the day will soon come when at the end Anupama decides to marry Anuj on knowing his terminal illness truth.