MHRW: Raghav shoots himself but Pallavi to put an end (Upcoming Episode) 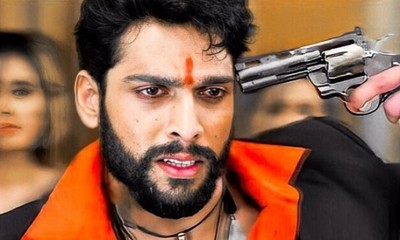 Finally, the climax of Mandar’s exit is on the head in the latest story of Mehndi Hai Rachne Wali of Star Plus.

However, before this big twist, another major twist is aligned next in the show.

Ultimately the tables turn and Raghav gets exposed before Mandar.

The evil guy Mandar throttles Pallavi and threatens to slit her neck for once and all.

In the turn of events, Mandar compels Raghav to shoot himself or he will kill Pallavi and this is where the story again takes a u-turn.

Raghav gets ready to sacrifice his life to save Pallavi’s life but Pallavi is not ready to lose him.

Just when Raghav shoots himself, Pallavi pushes Mandar and somehow gets out of his clutch.

Now it’s a victory of Raghav and Pallavi’s love against Mandat,

So, make sure you read the new updates at SerialGossip.com to know the next twists.