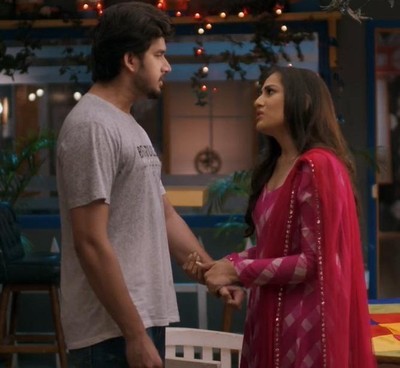 Star Plus show Anupama is gearing up for some interesting twist.

It was earlier seen that Nandini's past has returned in her life which has left Samar upset.

Anupama asks Nandini to clear her doubts with Rohan.

In the upcoming episode, Nandini meets Rohan at a cafe and clears everything saying that she has moved on in her life.

Meanwhile, Rohan tells her that he has returned for her and he loves her.

Nandini asks Rohan to leave while he forces her.

Samar and Nandini get into argument

Samar comes to protect Nandini and he warns Rohan to stay away from her.

On the other hand, Rohan leaves saying he will come back for his Nandu which irks Samar.

Samar fumes at Nandini as Rohan called him Nandu.

OMG!! Will Rohan create a new storm in Samar and Nandini's life?