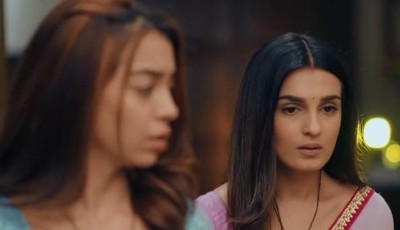 It was earlier seen that Suman and Dhara were enjoying the Saas rights in Rishita and Raavi.

However post major embarrassment happens in the house Anita and Prafulla takes the charge to instigate and ruin things for the family.

Suman turns rude again where no one gives her attention.

Suman thus gives a cutthroat decision that henceforth only her orders will work in Pandya House.

Suman disowns Dhara's Saas duties and frees her as she wants to make her new family.

Shockingly Suman does not want to risk her heir of the family and hence she frees Dhara.

And gives an ultimatum to Dhara and Rishita that Suman is going to take all the decisions of the house.

Keep tuned to serialgossip.com to know what happens next on the show.