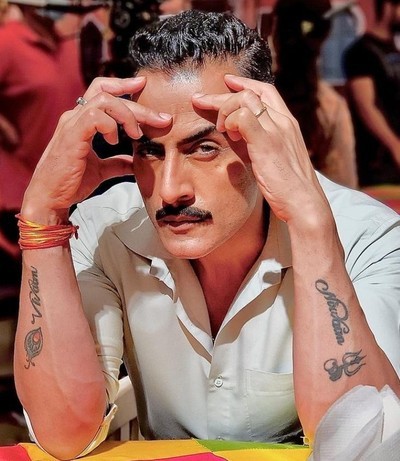 Star Plus popular serial Anupama is loved by all of us- Anupama knows how to stand strong for herself and her family.

However, Vanraj Shah, her ex-husband is a man that no girl wishes to get as her life partner.

Vanraj is so full of ego that he can see nobody beyond him.

If something goes wrong or is not according to his expectations he will quickly put the blame on Anupama.

The loyal fans of the show are loving the new entry Anuj Kapadia and the chemistry of Anuj with Anupama.

Gaurav Khanna as Anuj Kapadia is one of the new characters that everybody wants to see and know more about.

In the upcoming episodes, Anuj will want to make Anupama his business partner in a new venture.

Amusingly, Vanraj will blame Anupama for her friendship with Anuj and will say that he choose her because she is his 'Bachpan Ka Pyar'.

Vanraj will not only manipulate things but also go to any extent in order to prove his point.

Fans expressed their disappointment saying Vanraj is someone who is ashamed of respecting his wife.

Besides, fans want Vanraj to realize how Anupama felt when he was cheating on her.

We want to see Anuj with Anupama, after all, he is the love of Anupama that Vanraj could never become.