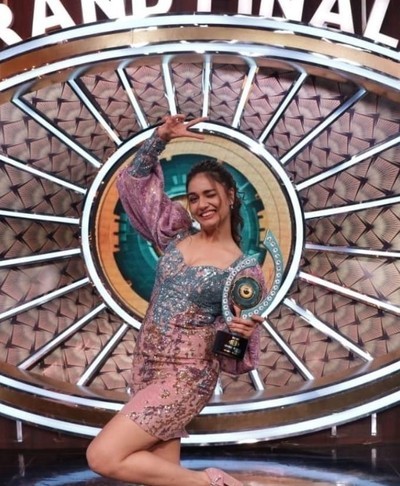 Pratik Sehajpal who was one of the finalists opted to take the briefcase that has a ticket to Bigg Boss 15.

Pratik got direct access to Salman Khan's Bigg boss 15, which is set to premiere on October 2, becoming the first official contestant of BB15.

After the 6 weeks of arguments, major fights, and emotional breakdowns the show has finally come to its end.

Divya lifted the trophy getting emotional and takes home the cash price of Rs25 lakh.

We congratulate Divya on her well-deserved success.

Nia Sharma is all ready to start her Big Boss OTT journ...

Bigg Boss OTT: Love in the air for the duo Shamita Shetty and Raqesh Bapat