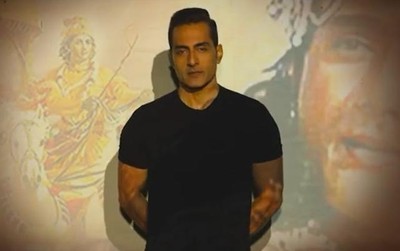 Star Plus's popular show Anupama's lead character's Sudhanshu Pandey who plays the role of Vanraj has made a heart-touching appeal on his Instagram handle.

This warm message goes out as a dedication and respect for the people associated with Indian Television who have entertained the public through every hurdle.

Many award functions have been organized to honor the members of the industry while Sudhanshu Pandey has a bigger dream and now wants to work in the direction of fulfilling it.

Sudhanshu questions about not having National Awards for Television

Sudhanshu is starting a movement #NationalAwardsForIndianTelivision with his well-wishers and requests support from the viewers and fans to assist him in the drive.

Sudhanshu Pandey feels that their work deserves to be considered for the National Awards and it's his dream that he has seen and wants to fulfill for all of the TV stars.

Sudhanshu's sincere effort in making this movement is well appreciated and we hope his dream indeed comes true.