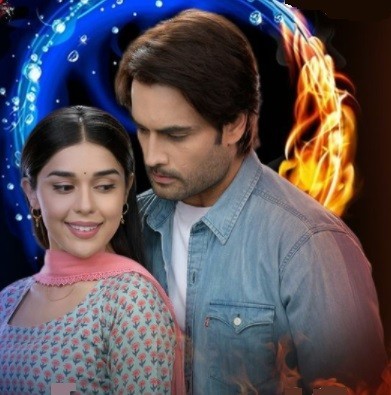 Sirf Tum is a story of ambition, romance, class divide, and power play.

The story of Sirf Tum is being compared to the movie Kabir Singh but the story is much more superior to the movie.

However, some of the instances from the first few episodes could have been avoided but Vivian's all-new aggression in the show brings excitement to the story.

In the show, Suhani (Eisha Singh) desires to be a doctor and gets admission to the medical college with a scholarship.

Suhani's father is strict who does not want his daughter to study with boys.

Ranveer is shown to have a temperament, while he shows his soft side to Suhani.

Vivian does justice to his scenes as Ranveer.

Vivian is bold, dashing but also has a soft side which we get to see when he is around Suhani.

Eisha and Vivian's chemistry looks stunning in the show and their scenes together create curiosity.

Sirf Tum is typical yet engrossing

While the earlier episodes lacked pace, they picked up once the story started unfolding.

The show also has a third angle, Riya who is the friend of Ranveer and Suhani.

Riya has one-sided feelings for Ranveer and has not yet confessed it to him.

Going forward in the story, Riya will turn negative and might create problems for Ranveer and Suhani.

Are you enjoying watching Sirf Tum?

Sirf Tum: Ranveer reveals the reason for his hatred towards Vikrant

Sirf Tum: Ranveer (Vivian Dsena) reveals the reason for his ...

Sirf Tum: Ranveer knocks down the boys for ragging Suhani

Sirf Tum: Suhani's ragging Ranveer gets into an aggressive f...