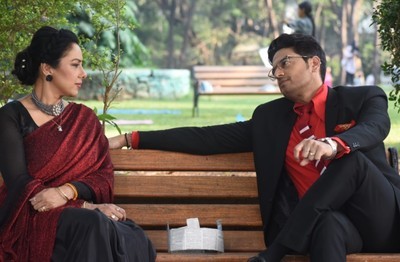 Star Plus's popular show Anupama has struck a chord with the public, who can't get enough of the adorable chemistry between Anupama (Rupali Ganguly) and Anuj (Gaurav Khanna).

Anuj's presence in the show not only helped Anupama but also worked in favor of the show in terms of TRP.

However, fans feel that the show has become quite boring these days and have lost interest in watching it.

A new track has started which revolves around Samar (Paras Kalnawat) and Nandini's (Anagha Bhosale) break up and Pakhi's (Muskaan Bamne) new dream to study abroad.

In the upcoming track, the makers have some gripping twists in store.

There has been speculation about a leap twist in the show soon.

The upcoming track of the show is full of twists and suspense so do not miss any updates from us.

Drop down your views about the current track of the show.

Anupama: Nandini gives Vanraj the insult he deserves In the...