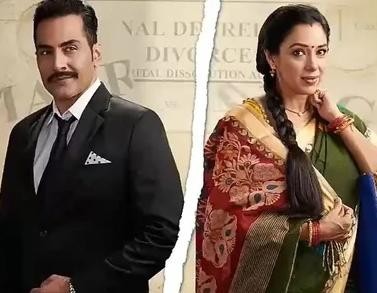 Star Plus popular serial Anupama from the very first episode is all set to air on Star Life channel only in English for the viewers in Middle East and Africa.

Star Life is an English Bollywood channel launched by Disney Star, a subsidiary of The Walt Disney Company India on 27 August 2018.

The channel showcases programming from the Star India library including series, films, and variety programming.

It broadcasts in both English and Hindi with English subtitles.

Anupama is a story of a devoted wife a mother and a daughter in law where she is just a homemaker.

Anupama is family oriented and has self sacrificing nature.

Again and again she is been humiliated by family for being uneducated.

Poor Anupama bears all for the family and she wants to see the family happy and cheerful where she keeps all her sorrow aside.

However after many years of her marriage Anupama learns about the decieve done by her family and husband where she divorce him and begins her new journey.

So get ready to witness the journey of Anupama in English.

KKK12: Aneri Vajani aka Mukku of Anupama to fight her fears in KKK12

Khatron Ke Khiladi 12: Aneri Vajani aka Mukku of Anupama to ...

Anupama: Anupama thanks Anuj for lighting up her life, Eunuchs join their celebration

Anupama: Anupama thanks Anuj for lighting up her life, Eunuc...