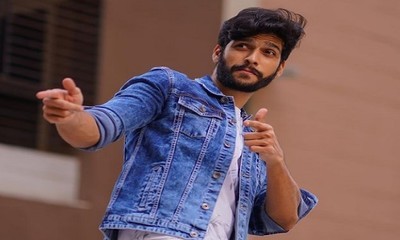 Graduate in Engineering with Computer Science

Sai Ketan Rao is a popular actor who is mainly seen in Telugu TV serials.

Sai Ketan is born and brought up in Hyderabad, Telangana.

However, the actor is well versed in Tamil, English, Marathi and Hindi.

He is a graduate in Engineering with Computer Science as the major and a post-graduate in Business Administration with System Operations as his major.

The 6 ft style icon is much interested in the dream industry and hence he tried his level best to become an actor.

His hard work paid him well and yes, he got an opportunity to showcase his talent and finally impressed the audience with his natural acting.

Sai Ketan Rao has played in Three Half Bottles, a web series streamed on Zee 5. He played the lead role in the series.

In the serial, Agnisakshi telecast on Star Maa, he played the parallel lead.

He had also been a part of a YouTube channel, Love Studio and a short film, Mounam for Aha, the streaming platform.

Besides this, he has successfully stepped into the film industry with a Telugu film Ajay Passayydu as the second lead.

Sai Ketan is also a model for various brands and had also appeared in a lot of ads.

Now he will be seen in Star Plus upcoming show Mehndi Hai Rachne Wali and will be seen romancing Shivangi Khedkar.

Keep reading serialgossip.com for more updates on your favorite celebrities.