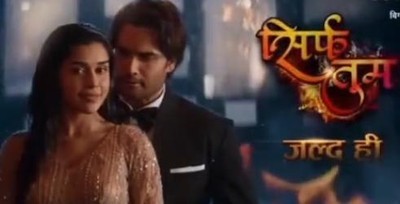 Whereas Eisha Singh was part of many popular shows but in Colors TV she was seen playing the role of Dhaani in Ishq Ka Rang Safeed.

Coming back to the storyline of Sirf Tum Vivian Dsena's character name is Ranveer and Eisha Singh will play the character role of Suhani.

This is the immense love story where Ranveer is Fire and Suhani is Water.

What happens when Fire meets Water and how their love story fuse in will be witnessed in Sirf Tum.

It would be interesting to see how poles apart Ranveer and Suhani meets each other and fall in love.