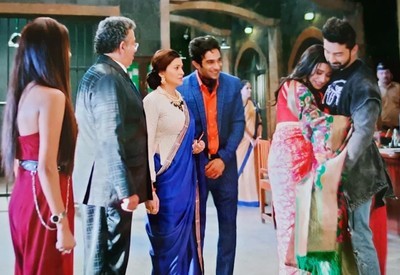 Zee TV's most liked show Bhagyalaxmi is up with a major and interesting twist as once again Laxmi rescues Rishi from huge trouble.

It is seen that Laxmi and Ayush join hands to trap Shanaya and her boyfriend to prove Rishi's innocence.

Further, Laxmi successfully tricks Shanaya with her drama and makes her confess that Rishi is innocent.

Moreover, Shanaya reveals how she took the wrong advantage of Rishi since the CCTV camera was not operational.

Tactfully, Laxmi records all these statements of Shanaya and sends them to the police thus proving Rishi's innocence.

Further ahead, Laxmi is all in the news for her trust in Rishi and her master plan to bring out the truth.

Now it will be highly interesting to see how will Malishka handle this tricky situation as Laxmi is in the limelight now.

Stay tuned for more updates and news on the show.