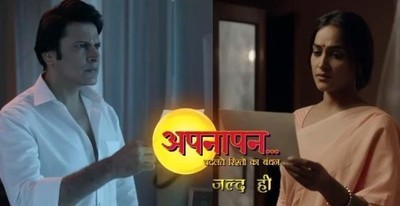 Ekta Kapoor is back with one more popular daily soap Apnapan which is an upcoming serial on Sony TV channel.

Both the popular actors are making their comeback on TV where we have never seen this couple together.

Apnapan serial is a about the story of the parted couple where it seems 2 kids stay with father and the other stay with mother.

The kids staying with father long for their mother as their father is always busy at work and wants motherly love and affection.

On the other side the kids living with mother long for their father as they want to live carefree life and enjoy the burden free life.

At this juncture both the parents look at their complete family picture.

Will the kids bring the separated parents together?