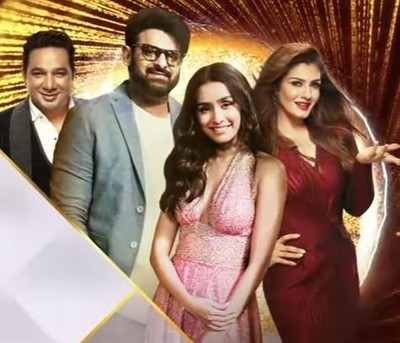 Prabhas and Shraddha Kapoor has come to grace the show and at the same time has also come to promote their movie.

Prabhas will also be seen dancing with Raveena Tandon on song Tip Tip Barsa Pani and create a sensuous moment on screen.

Prabhas to dance with Ranveena Tandon

Saaho is a big budget movie which is shot in various locations abroad with big star cast.

Saaho is done in Hindi and simultaneously dubbed in Tamil and Telgu which marks Shraddha Kapoor’s debut in South cinema.

The final list of Celebrity Contestants of Indian Television...

Urvashi Dholakia and Anuj Sachdev to participate in Nach Bal...