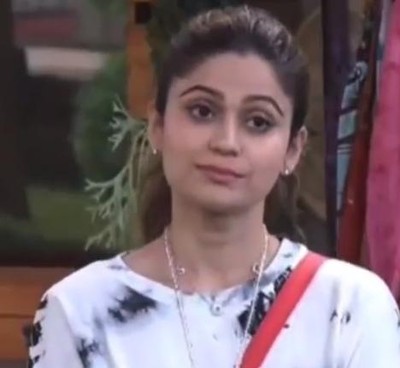 The digital version is being hosted by Karan Johar, who will hand over the reins to Salman Khan, who will be hosting Bigg Boss 15. Contestants who reach the top in Bigg Boss OTT will be able to be a part of Bigg Boss 15.

In the latest episode, Bigg Boss gave the connections a chance to change their connections.

Meanwhile, Shamita Shetty decided to stay with Raqesh Bapat and gave her heart cut out to him as part of the task.

Now, Raqesh had to make his decision whether he wanted to stay with Shamita or not.

Raqesh thinks he belongs to Shamita

Raqesh said that he had always been loyal to people who he has been with and also admits the problems with Shamita initially but now they have a different understanding.

Raqesh accepts Shamita's heart and says that "Mujhe Shamita bohot apni lagti hai and I think I belong to her and she belongs to me".

Later, Shamita runs to hug Raqesh who then lifts her in the air.