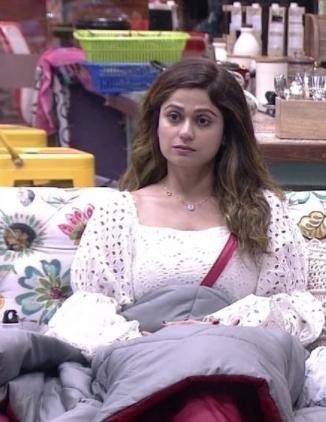 Shamita-Raqesh and Pratik-Akshara get selected by housemates to perform the punishment task for being the worst Jodi of the week.

Shamita feels getting targeted by Divya, Nishant, and Moose and she expresses her concern to Raqesh.

Meanwhile, Nishant taunts them about the task which irates Shamita and she bursts out.

Shamita and Nishant get into an ugly fight

Shamita gets into a fight with Nishant when he speaks up about the punishment task and she calls him a snake.

Later, Moose also comes to fight with Shamita for yelling at Nishant where Moose and Shamita get into a physical fight.

Shamita breaks down after the fight and Neha, Riddhima comes in support of Shamita.

Neha takes a stand for Shamita and tells Nishant about making useless taunts during the task.