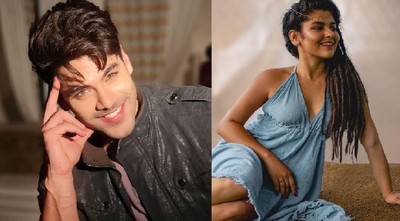 Salman Khan is returning with the new season of Bigg Boss 15 which will premier on the 2nd of October.

Pratik Sehajpal has already bagged his place as the first contestant of Salman Khan's reality show.= by taking ticket to the finale during the Grand Finale of Bigg Boss OTT.

2. Tina Dutta- has been seen on Bigg Boss as a guest many times

3. Pratik Sehajpal- became the first contestant by choosing the option of 'Ticket To BB15'

6. Reem Shaikh- known for her leading role in the show Tujhse Hai Raabta

8. Afsana Khan- a Punjabi singer is known for her songs like 'Kamaal Krte Ho' and others

Other names that are yet to be confirmed are Nishant Bhatt, Shamita Shetty, and Ronit Roy.