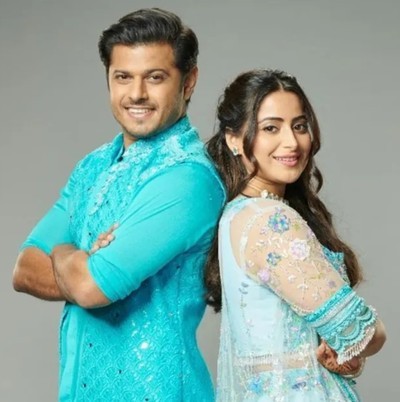 Neil Bhatt and Aishwarya Sharma get eliminated from Smart Jodi

Star Plus's latest reality show Smart Jodi’ has a unique concept where the contestants, or ‘the Jodi’, compete with other ‘Jodis’ to win the title of ‘Smart Jodi’.

In the show, Jodi's plays games, and complete fun tasks and tests.

The show has witnessed multiple eliminations.

Aishwarya Sharma and Neil Bhatt shared their beautiful journey in the show.

Neil and Aishwarya get eliminated from the show

Neil had opened up on the reason for participating in the show. “It's a very different kind of reality show and I don’t think I have seen something like this. It's not a talent based show, but is essentially a game show or a skill-based show I can say, but mostly a game show. At the heart of it lies married couples and their journey of how they got married and where they are in their married life at present. So it's all about companionship, chemistry between the couples, and a lot of fun. We are loving it,” he states.

They fell in love while shooting for Ghum Hai Kisi Ke Pyar Mein and the couple got married on November 30, 2021, in an intimate ceremony and later gave a reception to their friends and family in Mumbai.