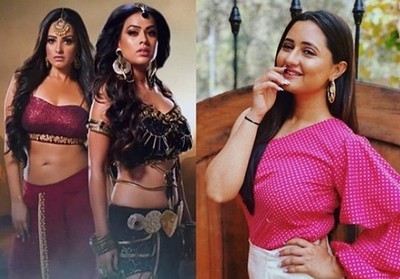 Colors top TV supernatural series Naagin 4 is soon going to see a replacement in the characters.

The show is starring Nia Sharma and Vijyendra Kumeria in lead roles whereas Anita Hassanandani is playing the character role of Vishaka.

Earlier actress Jasmin Bhasin also joined the show in lead roles in the character of Nayantara but soon she quit the show.

The makers of the show have roped in Bigg Boss 13 contestant Rashmi Desai in the show to play the character role of Nayantara replacing Jasmin Bhasin.

With Rashmi Desai entering the show as Nayantara,

What more twists and turns are lined up in story is worth to watch.