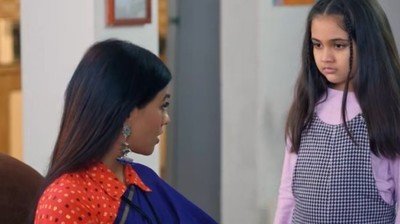 Pulkit and Devyani are happy with each other where later Devyani meets with Harini and in starting duo started fighting for toys.

Amid all this Pulkit is helpless eyeing all this where later Pulkit revealed Devyani that Harini is his and Devyani’s daughter making her joyful.

Devyani hurt with Harini behavior toward her

Later Devyani gets much hurt with Harini behavior toward her where Harini refused to accept her as mother and even tagged her as Pagal.

Pulkit is getting helpless over all this where he is trying to manage thing and reconcile things amid Devyani and Harini.