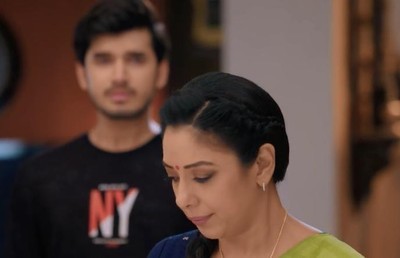 It was earlier seen that Vanraj is much stressed due to no job and broken dreams.

One idea strikes Anupama's mind where she rushes back home and informs Vanraj about her idea to open his cafe in her dance academy.

Samar gets angry when Anupama shares this idea with Vanraj.

Vanraj is much happy and is ready to work on Anupama's idea.

Samar gets angry with Anupama a she is once again interfering in Vanraj Kavya's life who are selfish.

Samar reminds past story Anupama and wants to break all ties with Vanraj instead of wanting Vanraj back in her life to ruin her life once again.