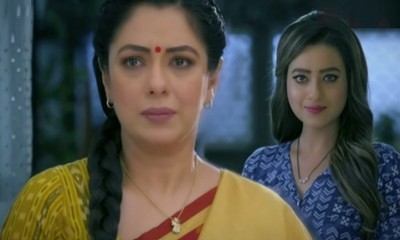 Your favorite Anupama is once again going to face a hard time in the latest story of the TV show Anupama.

Things just started to get smoother for her that Kavya plays her venomous game again.

Kavya gets super annoyed knowing Anupama offered a business idea to Vanraj and he agreed to her.

Kavya is not ready to let Anupama re-enter Vanraj's life.

Thus, she finds a new way to get Vanraj away from her while also demean Anupama to such an extent that she leaves the house.

Kavya manipulates Vanraj and makes him believe that Anupama is trying to make him a slave in her Academy to take her revenge.

Meanwhile, here she uses Anupama's business offer against Anupama by questioning her character.

Though Anupama every time fails Kavya's plan but this time it is going to get harder for Anupama to overcome the new challenge.

Kavya's hand is on Anupama's character assassination but will she succeed in breaking her confidence or Anupama will backfire her this plan also?

To know the intriguing twists and turns, read the new updates at SerialGossip.com