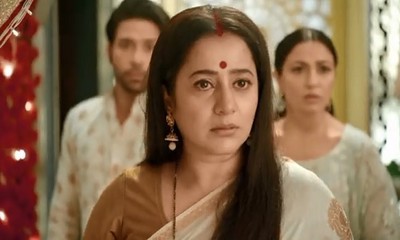 Star Plus TV serial Imlie is all set for another new villain against Aditya and Imlie.

So, finally, Aditya and Imlie confess their marital relationship to the family hoping they will accept them.

However, nothing comes in their favor as Aparna is badly triggered knowing Aditya married a maid.

Where the Naam, Khoon, Khaandaan turns a big question on Imlie's identity,

Aparna refuses to accept this relationship at any cost.

With this drastic showdown between Aparna and Aditya,

Aparna then apologizes to Malini on behalf of Aditya.

What hits Aditya and Imlie harder is when Aparna compels Malini to be their Bahu.

Malini to take a decision

The final decision is in Malini's hand wherein Aparna turned new negative to force Aditya and Malini's relationship so as to oust Imlie.

However, will Malini live in a relationship even after knowing that Aditya loves Imlie, not her.

Will Malini turn selfish or she will think of Aditya and Imlie's happiness?

What you think, do let us know in the comments below and read our next update to know the next update.

Imlie: Finally Aditya announced that he is Imlie’s hus...