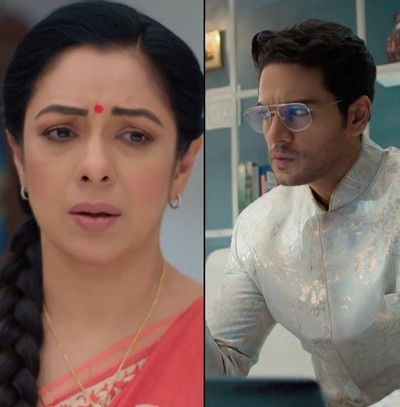 Anupama returns home from the party where Kinjal and Pakhi get excited to learn about Anupama's party and her friends.

On the other hand, Shah's learns about Anuj Kapadia being Anupama's friend who attended the party.

Anupama tells them that she was not aware of Anuj Kapadia attending the party.

Vanraj gets irked by Anuj's discussion while Kavya finds something fishy about Anupama and Anuj's past.

In the upcoming episode, Pakhi plays the video from Anupama's party.

Anupama's past gets exposed to Shah's

Anupama is seen dancing with Anuj where Pakhi talks about Anuj having crush on Anupama.

Anupama gets into trouble as Kavya taunts Anupama about her relation with Anuj.

On the other hand, Baa also speaks against Anupama which makes her feel shameful.

It will be intersting to see what next happens in the show.