Anupama: This is how Anuj meets Anupama once again (Future Story) 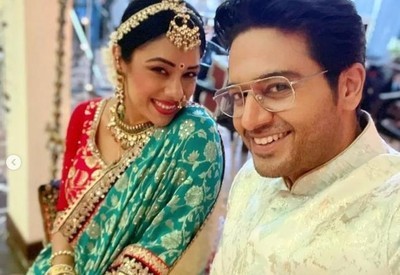 Anupama: This is how Anuj meets Anupama once again

The upcoming track of Star Plus popular serial Anupama will showcase interesting twist where once again Anuj and Anupama meet each other.

Tensed Samar goes walking on footpath being heartbroken in love and Nandini's cheat.

Samar feels Nandini is cheating on him and he gets to learn the same from Rohan and not Nandini.

Samar refuses to trust his love Nandini where he believes Rohan's words and walks away.

Poor Samar decides to not return home and keep himself away from Nandini.

Samar cannot afford this loss of life in Nandini's way and there he meets with a deadly accident.

However Anuj comes on time to save him from getting hurt badly but both of them fall unconscious.

GK will rush them to the hospital and call Shah family to see Samar.

This way Anupama comes in front of Anuj and meet him once again who turns out to be Samar's life saviour.

Let's see what happens next on the show when Anupama and Anuj come face to face once again.

Anupama: Anuj Kapadia gets Samar out of danger