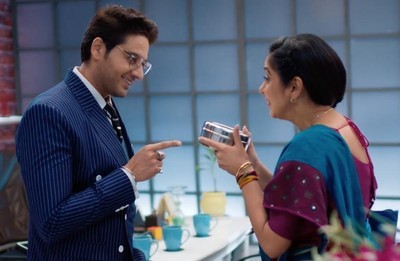 Star Plus's popular show Anupama is about to showcase some major drama ahead.

It was earlier seen that Anupama joins Vanraj and Kavya at the meeting.

Vanraj gets irked and questions Anupama for feeling embarrassed about coming with them.

Meanwhile, Anupama gives her presentation after Vanraj and Kavya.

Anuj thanks them for the meeting and while they were on their way out he stops Anupama to give her the tiffin.

Anuj asks Anupama to check what is in it and she sees that it is filled with aampapad and imli goli as he remembered she liked them.

Vanraj and Anupama get into an argument

Vanraj gets jealous and he questions Anupama why Anuj called her.

Are you excited to watch the show?