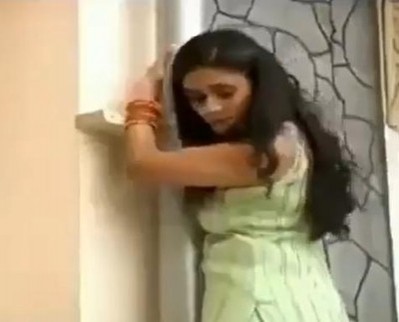 Pakhi gives the saree to Sayi and also shows the kurta that she bought for Virat.

Sayi tells that she does not want her gift and refuses to take it.

Pakhi feels offended and she says that for her all members of the family are equal.

Sayi asks Pakhi to stop her drama and to stop acting like a nice person.

Later, Virat and Sayi get into a major argument.

Shivani comes to tell Sayi about the grahshanti pooja and asks her to be a part of it.

Sayi escapes through the window

Virat also shows his husband right over Sayi and tells her to attend the pooja.

Sayi refuses to attend the pooja saying that she has an important lecture to attend.

Virat gets angry and he locks her in the room.

Meanwhile, Sayi makes an escape plan and leaves through the window of the room.

It will be interesting to see what next twist comes up.

GHKKPM: Samrat steps to keep Pakhi away from Virat Sayi