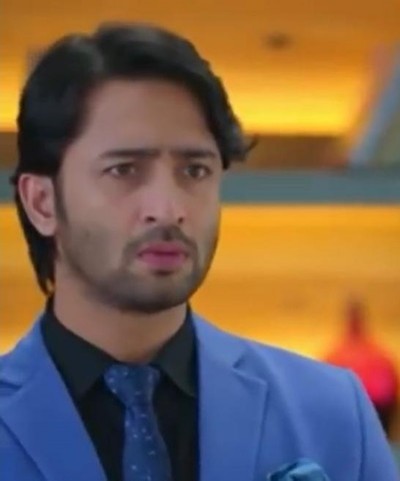 It was earlier seen that Dev gets surprised when Sanjana kneels down to propose to him while Dev misunderstands it to be an act.

Later, Sanjana tells her friend Reena that Dev lied that it was an act as he did no want to get caught in front of his wife.

Besides, Sonakshi tells Dev that Sonakshi's actions are weird and he agrees saying that no one behaves like that with their boss.

Later, Sanjana plans another surprise for Dev and she decorates his cabin with rose petals on the path.

Dev enters his cabin and gets shocked seeing the surprise with a bouquet and a note on his table.

Sanjana recites a poem confessing her love for Dev.

Dev gets shocked by Sanjana's confession and he straight away rejects her.

Later, Dev looks at his family pictures and says that he will not let anyone break his family.

KRPKAB 3: Mystery link behind Suhana and Sanjana out

KRPKAB 3: OH NO! Sanjana plans a romantic surprise for Dev

KRPKAB 3: Sanjana says 'I love you' to Dev shocking Sonakshi

KRPKAB 3: Sonakshi gets insecure about Sanjana