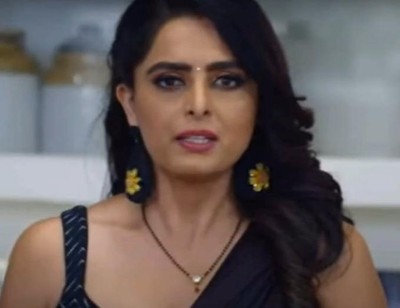 Zee tv popular show Kundali Bhagya is about to showcase some interesting twists and turns.

It was earlier seen that Sherlyn reads a message on Sonakshi's phone and she gets suspicious.

Sherlyn decides to follow her and she follows her to the hotel room.

In the upcoming episode, Sonakshi gets shocked seeing Sherlyn in her room and she questions her.

Sherlyn tells that she cannot hide anything from her and says that she has suspected her since the beginning and knows that she is not like Preeta.

Sherlyn shows her the picture she clicked in the hotel and tells that he game is over.

Sherlyn threatens to expose her and demands 10 crore rupees from her.

What will Sonakshi do now?

Kundali Bhagya: OMG!!! Karan to get arrested for abducting Sonakshi