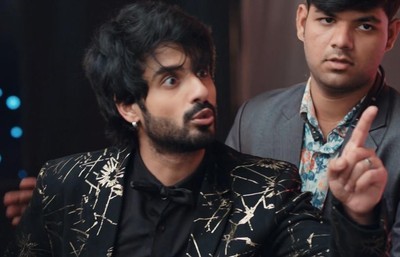 Rudraksh confronts Armaan saying that he can't believe that someone can stoop that low.

Rudraksh tells him that he is trying to separate him from Preesha and he also used Anvi for that.

Armaan reveals that he loves Preesha while Rudraksh tells him that Preesha stayed with him because of Anvi.

Rudraksh warns him to change while Armaan requests Rudraksh for a one-night stand with Preesha and he is ready to send Sania to him.

Rudraksh loses his cool and gets into a fight with Armaan.

Later, Armaan spikes Rudraksh's drink again to make him forget everything that happened between them.

In the upcoming episode, Armaan traps Rudraksh in Sania's murder.