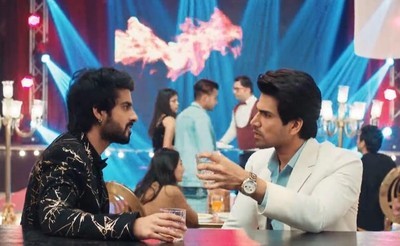 It was earlier seen that Rudraksh gets suspicious of Armaan's ugly plans against him and he straight away confronts him.

Rudraksh tells Armaan that he can’t believe that someone can stoop that low.

Rudraksh tells he is sure that Armaan mixed red powder in his juice to ruin his voice.

Later, Rudraksh asks Armaan to accept the truth and stop being a coward.

Armaan confesses that he loves Preesha while they both get into a fight.

Armaan asks him to send Preesha to one night to him and he is ready to send Sania to him which makes Rudraksh furious.

Later, Armaan traps Rudraksh in the murder of Sania.

Rudraksh will get into trouble and will be accused of Sania's murder.

Will Preesha learn the truth?