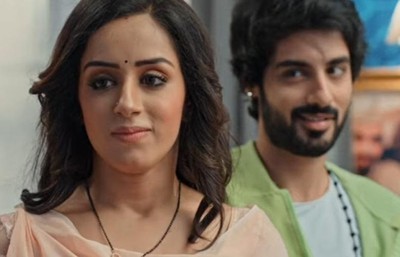 It was earlier seen that Sania and Armaan trap Rudraksh and plan a fake murder.

The next morning, Preesha reaches there and assumes that Rudraksh killed Sania.

Later, Preesha takes the blame on herself to save Rudraksh and she holds the knife in her hand.

The police inspector snatches the knife from Preesha saying that it’s evidence.

Preesha tells that she killed Sania because she tried to snatch her husband from her.

Armaan gets shocked and he tells that is not possible and Rudraksh must have killed Sania.

Armaan tells Preesha that Rudraksh talked about their wife swap yesterday night and also had a fight with him.

Rudraksh wakes up and he yells at Armaan saying that Armaan came up with the idea of wife exchange.

Later, Preesha is taken for interrogation for the murder of Sania.

Will Rudraksh find out the truth?