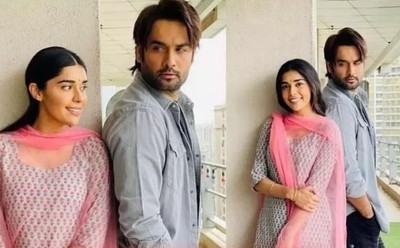 Colors tv is all set to bring the new story of romance that will feature Vivian Dsena and Eisha Singh.

The story deals with an unlikely couple, Ranveer and Suhani.

In the first promo, we had seen that, Ranveer, who is like a raging fire while Suhani is as calm and soothing as water.

In the promo, Ranveer is seen saying that he only wants her (Sirf Tum).

In the latest promo of the show, Ranveer is seen telling Suhani that she is only his.

Suhani tells him that everyone must be waiting for her at home and she must leave.

Ranveer confesses his love for Suhani

Ranveer who has anger issues lashes saying that won't be any problem which scares Suhani.

Ranveer tells Suhani that no one can keep her happy like him.

It will be interesting to see the chemistry between the Vivian and Eisha.

The show will be starting from 15th November at 8 pm only on Colors tv.